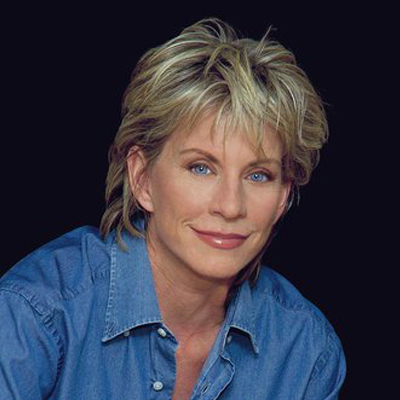 Patricia Cornwell is a contemporary American crime writer. Her books have sold more than 100 million copies in thirty-six languages in over 120 countries. Her first novel "Postmortem” is considered the first genuine forensic thriller, she wrote it while working as a computer analyst at the Office of the Chief Medical Examiner in Richmond, Virginia. She is best known for her popular Character Dr. Kay Scarpetta, the heroine of her bestselling series of novels. "I’d never read crime stories when I started writing them, but I got interested because I started reporting about them". Said Patricia Cornwell in one of her TV interviews.

Cornwell’s novels are featured with her focus on certain characters such as medical examiner Kay Scarpetta, her tech-savvy niece Lucy and fellow investigator Pete Marino. These inspiring characters that have become international phenomenon along with her amazing writing style were the main reason behind her winning more than one distinctive award some of which are the Sherlock Award for best detective created by an American author, the Gold Dagger Award, the RBA Thriller Award, and the Medal of Chevalier of the Order of Arts and Letters for her contributions to literary and artistic development. Patricia’s literary talent allowed her to write on more than one genre, she wrote two cookbooks (Food to Die For and Scarpetta’s Winter Table), a children’s book (Life’s Little Fable), and a biography of Ruth Graham.

Patricia started her life career as a reporter at the Charlotte Observer newspaper, followed by writing feature articles to covering the police beat. She wrote a series of investigating articles on prostitution and crime in downtown Charlotte on which she won an investigative reporting award from the North Carolina Press Association. Her first crime novel, Postmortem was rejected by major publishing houses in the beginning, overcoming this failure,  Postmortem was the first novel to win the Edgar, Creasey, Anthony, and Macavity awards as well as the French Prix du Roman d’Aventure in a single year. Relying on this outstanding success, Cornwell managed to write a series of bestselling novels including: “body of evidence book”, “All That Remains”, “Cruel and Unusual” (the winner of Britain’s prestigious Gold Dagger Award for the year’s best crime novel), “The Body Farm”, “Black Notice”, “The Scarpetta Factor” and many other successful literary works. In 2011 Patricia was awarded the Medal of Chevalier of the Order of Arts and Letters, one of France’s most prestigious awards to honour those who have notable  contributions in the field of art or literature, or by their significant addition to the advancement  of culture whether in France or throughout the world.

In her latest novel “Chaos” the 24th thriller in the Kay Scarpetta series “, Cornwell had a remarkable return along with her beloved heroine medical examiner Dr. Kay Scarpetta the Cambridge Forensic Center's director and chief. The novel revolves around the death of the twenty-six-year-old Elisa Vandersteel who was killed while riding her bicycle along the Charles River. From the initial investigation, Elisa seemed to have been struck by lightning, except that the weather was perfectly clear with no cloud in sight that night. Scarpetta was then sure that the scene wasn’t an accidental Act of God. She began her investigation with the help of her investigative partner Pete Marino, her husband FBI analyst Benton Wesley and her brilliant niece Lucy.

Book Of The Dead