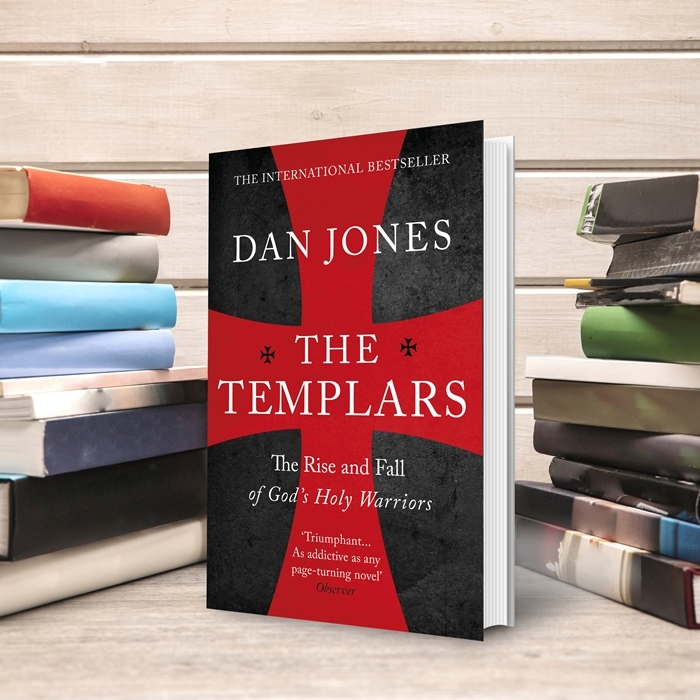 From the capture of the Temple Mount in Jerusalem to accusations of sodomy and death by burning, a no-nonsense account of the Catholic military order…

Dan Jones, the author of critically acclaimed histories, gives no credence to the conspiratorial fantasies that have been spun around The Templars over the years. “No, they do not guard the Ark of the Covenant or the Holy Grail, and never did. No, a surviving remnant does not protect the identities of the descendants of Jesus and Mary Magdelene. No, the order does not secretly run the world — that’s the Trilateral Commission or maybe Skull and Bones.”

“The themes of the Templar story resonate powerfully today,” Jones observes. He rightly does not pontificate about this and draws no specious parallels, but the reader can’t help recognizing familiar territory. There is the preoccupation in the West with what we now call the Middle East.

“Religions collide and atrocities abound. The power of states is threatened, or seen to be threatened, by unaccountable forces with global tentacles. Information is unreliable and easily manipulated, allowing conspiracy theories to take root and spread. Nothing is left of the Templars except words on parchment and ruins in stone.”

In The Templars, Jones’s aim is to present a gripping historical narrative, which he has successfully managed to do.